The selected project will be highlighted in the Maslow newsletter. The user will receive a “Project of the Week” badge on the forums, a prize from Bar and Hannah, and a piece of the Tiangong 1 space station (via airdrop; time and location of delivery TBD).

Nominations close no earlier than Saturday, voting (if needed) Sunday & Monday, announcement Tuesday. We’ll keep it to one PotW each week for now; hopefully someday we’ll have so many wonderful projects we’ll have to go with Projects of the Week. After nominations from the community have been made, I’ll post a poll for the community to pick a winner. If we don’t get enough nominations, I will randomly select projects from previous weeks’ nominations, the back issues of both the Maslow newsletter and Made on Maslow to appear in a poll of at least three projects. Projects that don’t win in a poll can be renominated on subsequent weeks. Any project can only win once, but any person can win multiple times.

With no nominations from the community, I’m going to nominate one and grab a couple of randomly selected projects featured in the past. So here’s this week’s poll: 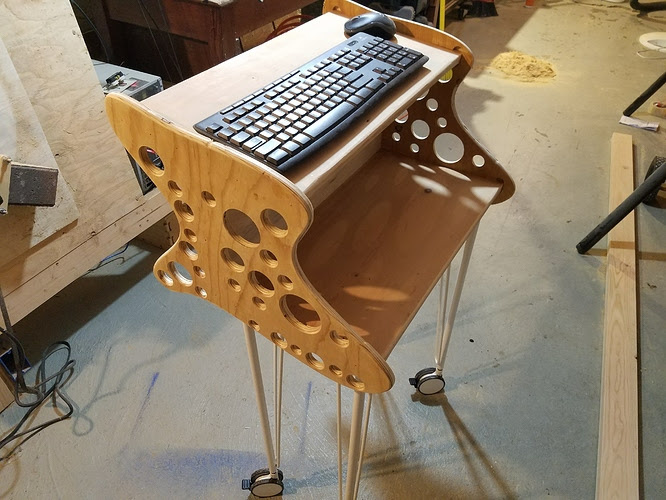 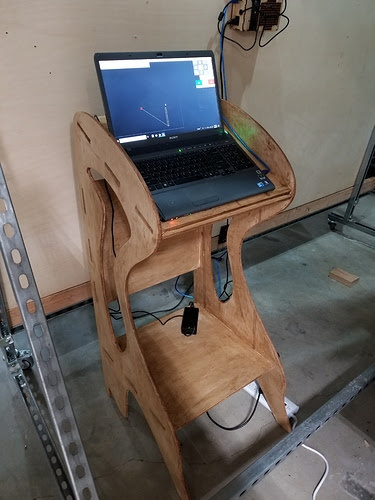 Since we are including projects from previous weeks when there are not enough new projects, should we be including all previous nominations?

Perhaps when there are 2 (or 3) or more projects in a week we can vote on just the new projects, and when that is not the case, open it up to previously nominated projects like the Barky bowl?

Yes, I have been adding the non-winning past nominees to my spreadsheet. So far, none have been randomly selected, partly because the previous two weeks I didn’t need to fill in any past projects, and also because they are outnumbered by past projects that have been featured in the newsletter…

The votes are in, and ChuckC’s Workshop Stool is the PotW! Nice project, and nice presentation, ChuckC.

Those standing desks and carts are also awesome!