My New computer has successfully launched Ground Control. Victory!
I, however, have never seen results during and after calibration quite like these.
Adjust Z-Axis in calibration moved the sled off center every time. Started out drastically greater and reduced each time until it was 1/8" or so difference and never fully went to zero change. 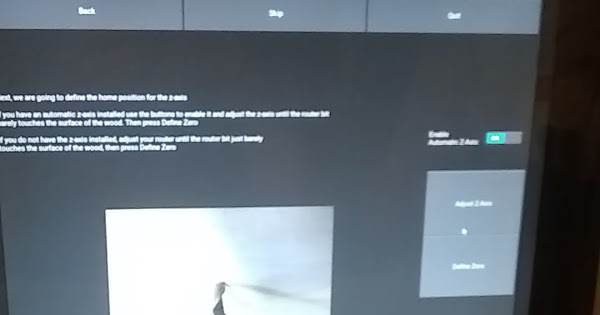 Contrary to what it appeared at the end of the video, it DID continue to move on me.
When it began the process of the test cuts it seemed to go back to center momentarily before venturing onward.
I did some simple movements after calibration to see if things were normal acting and when I would move over the three or four inches (default distance) it seemed to gradually move up during the move only to drop at the end to land in it’s final position.
Test cut 3 was strange as it seems the Z-Axis lowered early gradiently leaving evidence of a strange path and angle of approach.
All of these things so far make it seem like things are all going slightly wrong gradually and “fixing” itself at the last possible moment. I plan to upload video and a pic that I felt we’re pertinent. I’m just not able to do it right now for some reason

.
I know that the wording in the calibration was supposed to be updating for 1.26 so I waited to see it before bringing this up but one of the most confusing pages on the calibration is this. 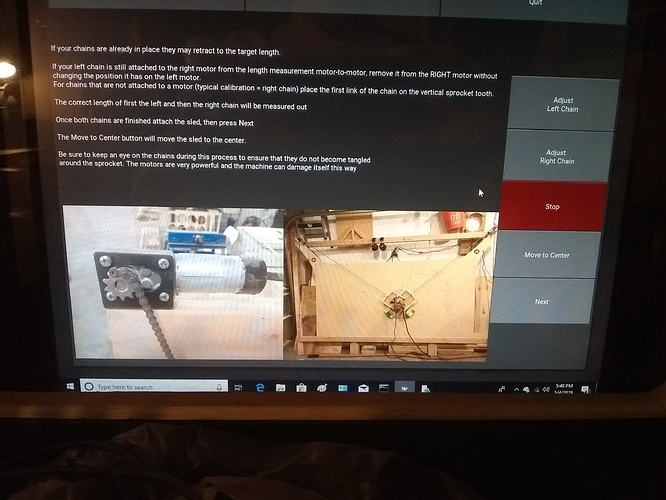 IMG_20190504_1739457683264×2448 1.52 MB
I know to read all instructions on each page before beginning any action but if we click “next” when it says to here we would not have the option to follow the rest of the instructions and the warning for the beginning action is at the end. Just thought I’d share what struck me as odd.
I also programmed a macro to bring me to 0,0 regardless of where home is defined. With the same entry as the last Computer that I had Ground Control on it took FOREVER to get to x0,y0. I thought it was supposed to be at maximum speed rate. Someone (I don’t remember who helped me before) gave me the instructions and I titled the macro “God Speed”.
1 Like
WoodCutter4 May 5, 2019, 3:25pm #2

Yes and yes.
So is the wiki where suggested wording can be submitted?

I’ll be honest, I just do what the calibration tells me to do. Enter values it’s asking for and click looks good. If I make it through juggling all the chains and step stools and clipping the carriage bearing assemblies back on while holding up the sled, it’s a small miracle. Thus far my cuts have been acceptable afterwards. I’m just sharing the strange stuff that I’ve never seen before in case someone recognized it as something wrong and could warn me before I screw up my next project

. I’ve been wanting to get cutting for months now.

Here is a link. This helped me so much.

How To: Get Calibrated! Wiki

So is the wiki where suggested wording can be submitted?

The wiki posts are editable by all.