sounds like we need to make the new motor mounts a bit beefier.

My first version will not have the Power Supply that @Gero has, but I have been assuming that the motor Mounts should be designed as the Weak Link / Failure Point.

I got the impression, from @Gero’s description, that his weak point was (unfortunately) the frame itself… resulting in a major repair job.

Others have mentioned the internal failure of the motor gear reduction box… I don’t want that to be my failure point because the Motors are currently hard to come by and I feel that the point of failure/repair could be cheaper than that.

Frankly, I’m surprised that I’ve not noticed more reports of the linkage mounts on the sled being destroyed… maybe the only mode with any real failure risk is the “Pull tight” calibration step?

Q1:
Has anyone seen structural failure during Milling operations ? or just during Calibration?

Q2:
Assuming the motor mount is a good choice for failure point, has anone already done the math to figure out a good shear-strength limit for the motor mounts?

if motor mount was to break that would send the router sled falling to the floor. The motors are $30, the router and perhaps custom z axis is worth a lot more. I suppose a piece of fishing line or twine could hold up the sled as an emergency harness of sorts.

Only by fastening the motor mounts in a manner that leaves them protruding from the beam (above or below) leaves their bend shouldering the entirety of the sled / chain tension.

Its far stronger to fasten the mounts so that they back against the cross beam. if secured flush to the beam they have little chance to bend or buckle.

…that would send the router sled falling to the floor.

Great point -
I think that preventing that is a priority. I might add a secondary stop to my design (below) to catch the motor / drive sprocket. I will be putting a cutoff switch in-line with each motor (pictured below) so that the drive force will be aborted by the time it hits the stop…

secured flush to the beam they have little chance to bend or buckle. 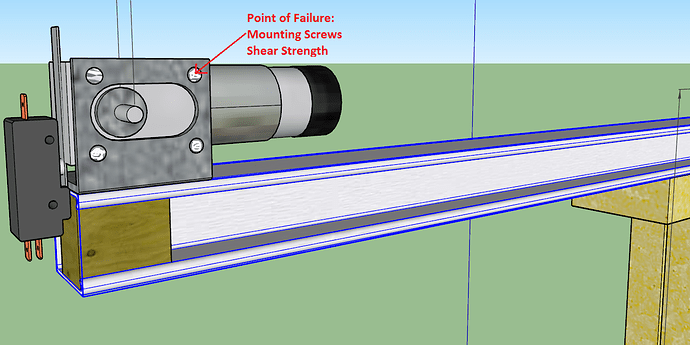 How many motor mount failures have occurred? I have not seen any flexing on mine… they seem pretty stout.

The Z axis seems to have a lot of problems… this is an area where we are pushing the envelope on converting a hand tool to an automated one.

Looking at your model, move the motor forward, so that the mount screws into the backside to the motor, and move the L of the mount to the bottom of the strut.

It should hold everything in place more than securely. The sole failure point will be the gears, as we’ve begun to see in other threads.

When I started my Maslow I looked like this: 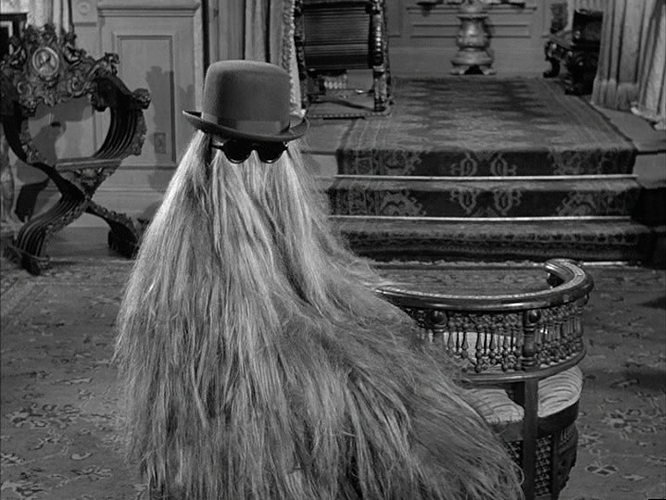 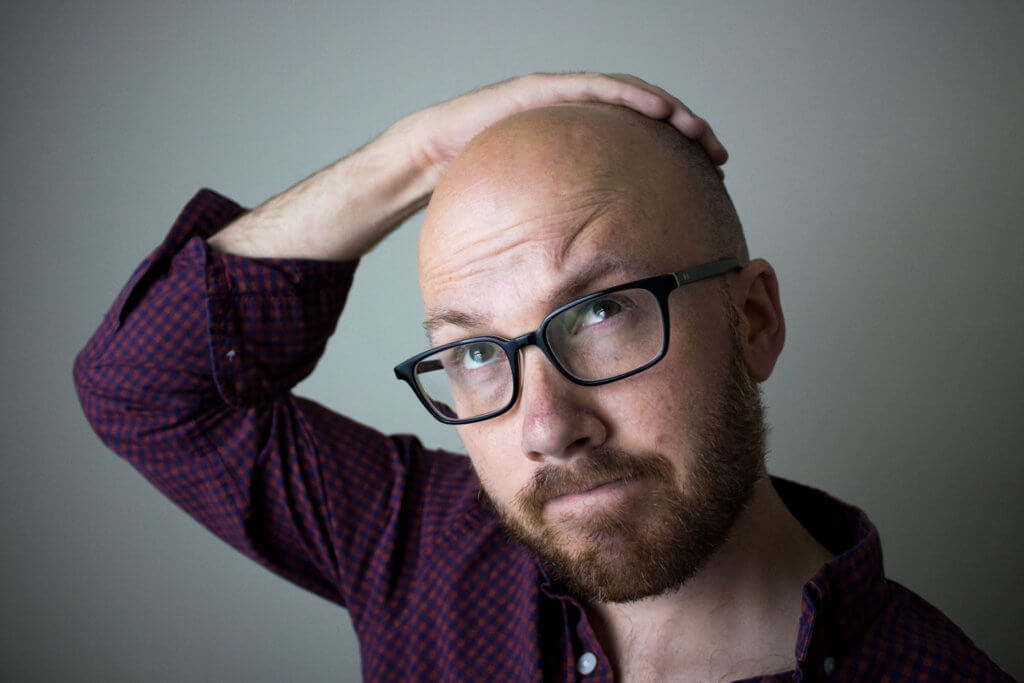 The EZ motor mount was a point in the evolution of what I’m envisioning.

Just to be clear, I’m not suggesting we fix a weak link.

This is a better set of actual use pictures -

So I strapped the new mounts on the top bar of my 80/60 build. I gave it to a friend but he has yet to pick it up. Unfortunately since I put the top beam away it warped in ~20 degrees of rotation so I will get it replaced. It was good enough to test mount with. As designed it’s a dream to just sink 2 screws and be done. For my permeant build I will add 6mm ( 1/4 inch ) bolts going through. Here are some pictures using the backside screw holes to mount the motor forward. [IMG_4852][IMG_4859…

I’ll say if you strengthen on point you weaken another. There is no engineered failure points on a commercial CNC. There is no good way to have a catastrophic rotational failure in my opinion.

the mount screws into the backside to the motor

I think that would be weaker than the arrangement in the diagram. It gives more leverage to the force that the sprocket exerts on the bracket.

The sole failure point will be the gears, as we’ve begun to see in other threads.

That’s the main problem I’d like to solve for my build.
Has anyone figured out/estimated how much torque it takes to strip the gears?

based on the reports I’ve read, the problem appears to be a metal quality issue more than anything, it appears to be hit and miss.

without better numbers of total motors sold and some changes to GC (to incorporate a permanent log of minutes run per motor, and chart the load on the motor controller (1x 2x and 3x simultaneous movement/mins) it will be harder to pin down quickly what kind of failure rates/conditions actually exist.

Just feeling I need to clear some things about my previous comments in different posts.

1a) It was a glitch in the software/config during the ‘pull tight’ where the 3 seconds did not kick in and the left motor kept pulling until I pulled the plug.
1b) With early versions of FW/GC (2017) I’ve had a series of buffer overflows and who knows what that made GC trying to send the sled into orbit (both motors pulling at ‘full’ force on the sled). I have fried 2 1/2 Maslow motor shields in the process. My C-shape motor arms have been abused quite allot.

The second biggest ‘force’ that can be applied to a Maslow is the ‘pull tight’ during calibration.
This will show how good your top beam and your motor mounting is. Expect surprises.
The theoretical biggest ‘force’ is when due to a glitch both motors pull against each other on the sled. With brackets on a steel sled the stall should accrue. We have had wooden sleds been pulled apart.

With the triangular kits my expectation is: 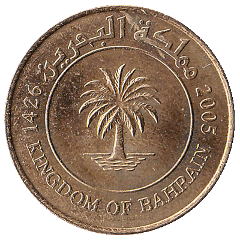 I would not expect to break the connection link of the chain to the top mount, I would expect it to either stall or bend the arms (I haven’t tested it under those conditions, so I’m not sure which would happen)

@Gero, Your 2 fils are worth countless Dinars!
Hard lessons that will help everyone’s designs improve - Thank you very much for your reports!

Maybe one of the veterans here has a copy of the datasheet for this motor from ETOMN ?
I found one post that mentioned the part number ET-WGM58AE. Is this right?
If so, I may try to get more detailed specs from ETOMN. 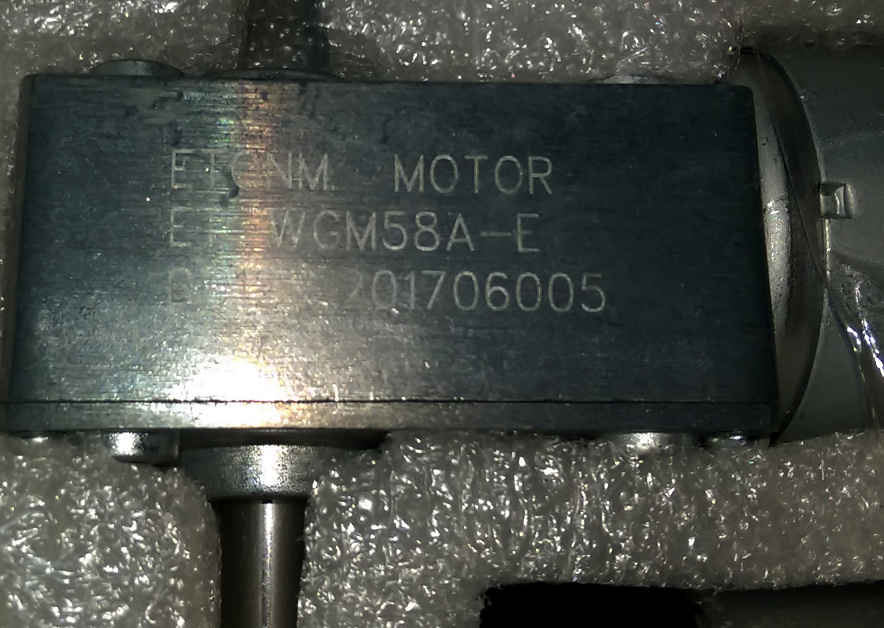 Edit one more (this might end up at Bar so use with care, contact supplier first). Buy ET WGM58AE with 7PPR encoder 12v in China on Alibaba.com

Thanks, @Gero - saved me a bunch of hunting!

From the discussions about @mrhall4’s Gearbox failure - need replacement , it may actually be that having the gearbox as the mechanical failure point is acceptable… assuming we can source the internal gears.

Hopefully I can ensure it never comes to that - I’m currently thinking that, instead of my earlier microswitch cutoff (or in addition to it), putting a monitored load cell between the Top beam and the motor mount is the way to go. When chain load exceeds, say, 100lbs it hits pause / throws an alarm.
This adds circuit complexity, but keeps the failure mode non-destructive.

Besides, i’ve been having trouble figuring out how to spec the motor mount screws to shear within a predictable pressure range anyway. (my background is Electrical, not Mechanical Eng.)

Random question: are you wanting to have the machine run autonomously?

I am sure there are people on both sides of the fence but after watching my machine plunge a bit all the way into a board and continue for another 10 minutes I have been seriously lucky to not have a fire (just lots of smoldering) I would never plan to leave the machine alone for almost any length of time. There are too many variables.

Use a lathe to core drill the fastener until you get the failure at the rate you want. You will have a lot of work to spec it out. Totally achievable.

@ChrisB, I don’t aim to run it un-attended, but I definitely want to reduce the reliance on my response speed to mitigate catastrophe!