What are your thoughts on adding something like this to the maslow? It would make it easier to work near the edge of the board.
I would put it horizontally, connect the two ends to a chain and connect the sprockets at the top so the guide stays straight. maybe add a counterweight to the backside of the chain so the motors don’t have to pull the entire contraption all the time.
Just playing with the idea in theory, but silly ideas stay silly in your head, if you share them they might spark a better idea in someone else’s brain.

Go for it. Good work , keep working the problem.

Just remembered why the idea was in my head, i wanted to make milled plywood doors for my kitchen cupboards 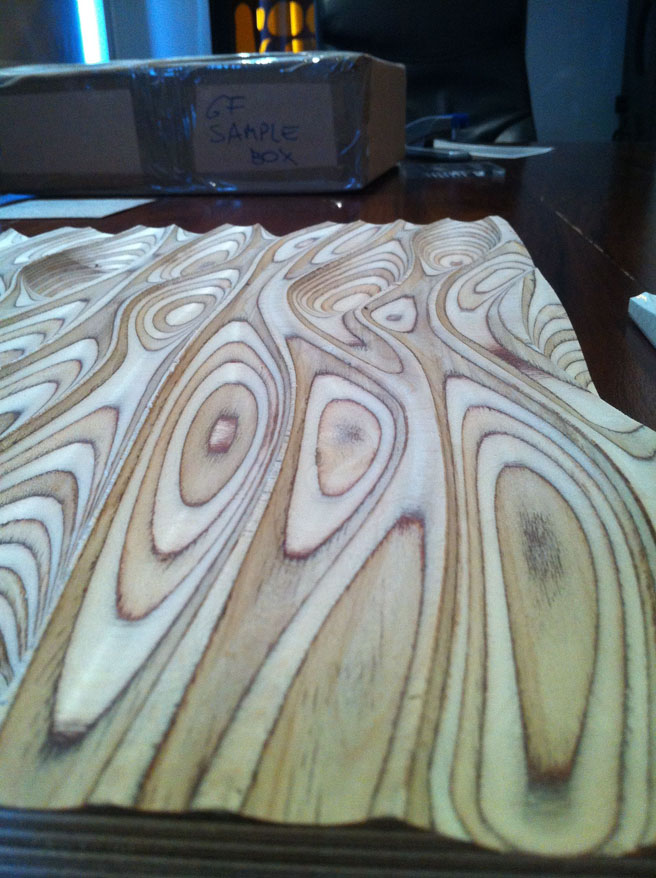 At that point, what of the original maslow are you still using? It seems you are
building a new machine.

To machine small parts on the maslow, all you need to do is surround your small
workpiece with scrap material that’s the same thickness.

If you use the raptor composite nails, this is very easy to do, and very easy to
remove (and won’t hurt anything if you cut through the nails by mistake)

Getting the workpiece to a consistant thickness should be done before you think
of mounting it to the maslow, and you tan take the basic approach of that
instructable and make it work with just a couple 2x4’s on edge as your rails (or
4x4’s if you want to make sure they won’t tip), and a long enough board under
your router that you don’t fall off to either side.

All of the maslow would still be in use, the beam would not be powered, it should just keep the sled straight and at the same distance ftom the workpiece. If i wanna try to make the milled plywood from the second post, i will start of with flat material, but make so many pockets in it that the sled is bound to get caught on something. With this addition you could use the maslow for carving.

Obviously this is not the first project i will try, but i wil build so that it can be incorporated later

actually, those milled plywood doors should work just fine on the maslow. Yes, there are a lot of pockets, but over a 18" diameter, there’s a lot of untouched surface for the sled to ride on

That’s some pretty wild looking plywood. Are you proposing making doors out of pre-wilded material, or are you going to take a walk on the wild side and cut the pockets yourself (ballnose bit?). Is that softwood plywood (I see at least 13 layers there; good baltic birch?), or is it something else?

I’m tempted to try it here, once I get past the pit under the Maslow stage. Shop cabinets are my first planned serious project, as soon as it gets floors and walls

Smaller peices can be surrounded by peices of sheet of the same thickness.
Larger pieces could be a bit tricky once you start working the entire surface as in the picture.

Im thinking of tensioned cables, allthough that would be the same as the jig in the instrucktable link…

Or somekind of ring around the sled… Though you then will need to have a very big maslow even for small workpieces.

or octopus arms / spider legs on the sled…

I was thinking about drilling a grid of holes, putting in T nuts (1/4"/6mm), and making some side and top pieces that would screw through them for side and top guards. Assuming standard thicknesses you could stack 1/8, 1/4, and 1/2 inch (or the metric versions) to make up standard sheet thicknesses. The sides could be the same height as the frame (plus some overrun) so only the horizontal pieces would need to have different sizes. Wouldn’t need tight fits since the sled will span a decent sized gap. I planned to use different thickness backer boards so the bottom of the frame could have a fixed stick-out.

My first mini CNC router had a t-nutted table that worked well. They might have been the only things I didn’t hit and snap bits on.

really look at the raptor composite nails (
https://ancofastenersales.com/product/raptor-b18/ ) do a really good job of
holding things in place, and don’t damage anything if you hit them

Assuming standard thicknesses you could stack 1/8, 1/4, and 1/2 inch (or the metric versions) to make up standard sheet thicknesses.

That nailed it with screws!

I should have mentioned that I used nylon thumbscrews (and wood holddowns), got a bag of 100 cheap. They’re easy to cut through, although if you set your safe height lower than the head they’ll still break small bits

i don’t think there will be any original material to ride on, i want all of the surface curved, so it all has to be trimmed even a little.

That’s some pretty wild looking plywood. Are you proposing making doors out of pre-wilded material, or are you going to take a walk on the wild side and cut the pockets yourself (ballnose bit?). Is that softwood plywood (I see at least 13 layers there; good baltic birch?), or is it something else?

i think i’d take the ‘walk on the wild side’ approach. i have no idea what wood is used there, maybe (on the really wild side) i could laminate my own plywood with even more contrasting colors.

If this setup works, stuff like this becomes possible 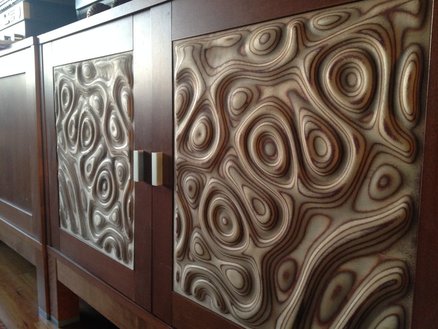 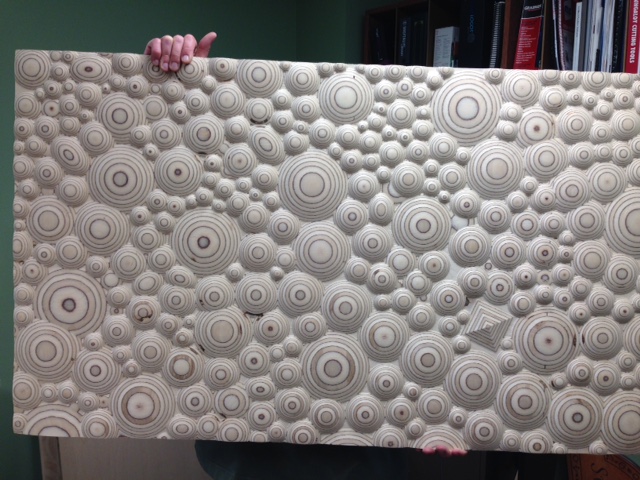 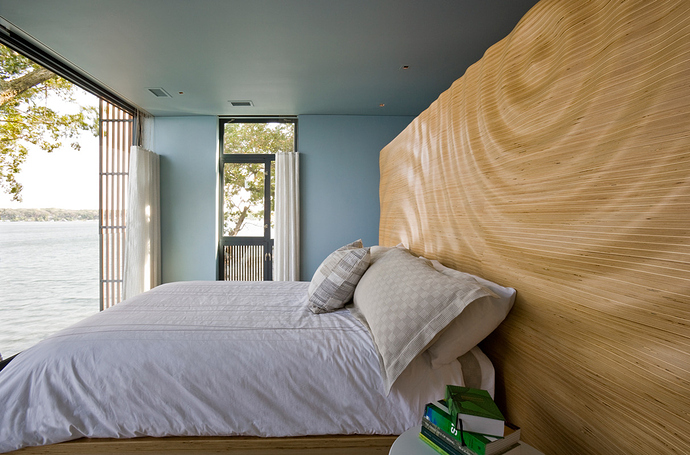 PS maybe i should rename the topic because small workpieces are not really the problem.

PS maybe i should rename the topic because small workpieces are not really the problem.

please do, it 's just one word that needs to be changed…

It would be great if these were compatible with a Dewalt finish nailer.

Have you used the hand nailed ones at all?

These Raptor Bulk Nails are for use with hammers and palm nailers. You can saw, sand, and plane these nails with absolutely no tool damage.

no, I’ve only used them with air nailers. I don’t see any reason they wouldn’t
work with any finish nailer

This is handy enough, and nailers are cheap enough that it’s worth having one
always loaded with these nails at the CnC

What kind of nailer are you using? The one the nail vendor sells cost about the same as a maslow kit.

My understanding is you can hammer these in without a nailer. Of course a nailer is more convenient.

harbor freight has nailers for $20. I need to load the nails in it and test it
tonight

Remember, this isn’t going to be something you are using like a production shop
would a regular nailer, this is just going to hold things in place, so a handful
of nails per thing that you mount (as opposed to many dozens of nails to asseble
a cabinet)