I was determined to sort this out myself. But here we are.

The z-axis spins, but the plastic “tongue” which is spring-clipped on to the side of the Rigid router slips around the vertical gear. The motor actually “rocks” ever so slightly, and I can hear the plastic click around the z-shaft: https://www.youtube.com/watch?v=rpkt5R6gO3k

I have have tried every conceivable tightness level for the nut on the clamp which secures the router in its housing. In fact, I have used a socket wrench and adjusted the tightness while the z motor spun in order to try every possible value. I have also confirmed that I am able to slide the router in and out by hand (assuming the plastic side-pin is retracted with my other hand).

I discovered, like in this post, defects in the casting of the router’s groove. I took a 1/8" metal file to the groove (in the casing) so that the pin sticking out the side of the aluminum router body could slide more easily. I then applied graphite lubricant to both the aluminum body and the inside of the housing.

At this point, I stood the router up so that I could watch it more closely. You can see the z-axis slippage exacerbated, where the attempt to “raise” is actually causing the router to slip and fall downward (negative z). https://www.youtube.com/watch?v=mp0KGLk_k2M

I have tried applying a small bungee cord to the top of the router to attempt to counteract any shearing forces of gravity.

I’m now out of ideas.

If you hold the spring clip thing attached to the power screw open, does the router slide freely in and out and mostly through the casing? If it catches, there’s probably something holding is up or you have the clamp on too tight. (I actually leave the clamp on the router body open and just adjust the bolt to the optimal tension.)

Or, if you take the router out and try to adjust the z axis, does it go up and down freely?

I had a similar issue recently.

I’ve been messing with it for a while. This is my first time finally getting the machine to move

I’ve tried tightening the clamp, leaving it open, and everything in between. Every time the Z motor moves, the router gets stuck and the little guide deal attached to the screw pops out of the grove in the router, and then, obviously, nothing happens because the router doesn’t go down into the wood or follow the Z axis motor any more… Anyone else have this issue or have any sugges…

If you hold the spring clip thing attached to the power screw open, does the router slide freely in and out and mostly through the casing?

Yes — more so since adding the graphite lubricant and smoothing out the groove. It’s hard to say if it’s “smooth enough” given that I don’t know what “enough” means. However, with the latch open it is very easy for me to pull out with one hand. With the latch loosely closed, it does catch a very slight amount, but the resistance is minor. Seems like something the motor should be able to overcome without any. difficulty, at the very least, if it weren’t for the fact that the plastic were slipping on the drive shaft.

Or, if you take the router out and try to adjust the z axis, does it go up and down freely?

Yes; once the router slips down (like in the second video) this is what I do to raise the latch again so that the router is not protruding.

Here’s a video of me sliding it in-and-out with the clamp down but catch released (you can see me pull back the spring catch at the start): https://youtu.be/9fgg6Sh-o3w

I have the bungee cord attached which is making it a touch harder.

Someone with more experience might be able to help more. My only other thought is that maybe the z motor mount isn’t true/straight? Might put enough torque on it to get stuck.

Here’s my slightly adult themed router sliding. ~3:05 in the video. Also details how I fixed mine. 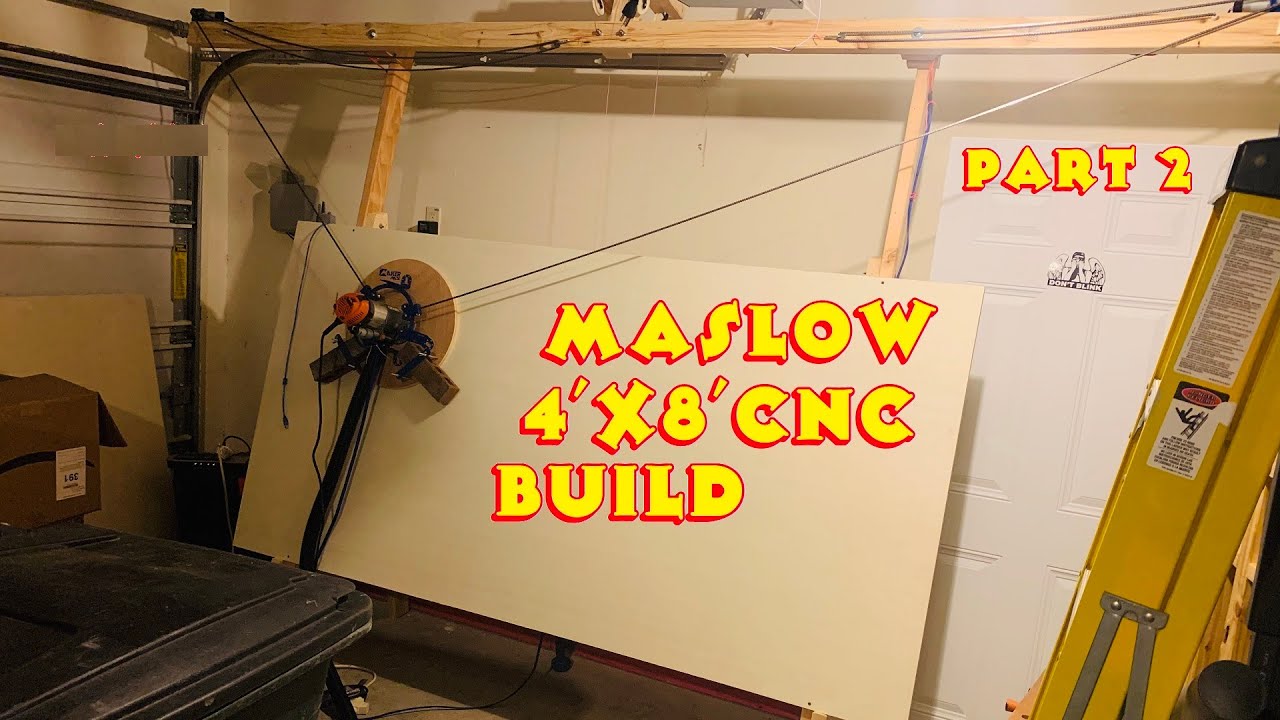 My only other thought is that maybe the z motor mount isn’t true/straight?

That may have been a problem; thanks for the suggestion. I un-mounted the z-axis bracket from the sled itself, where the “L” meets the wood. I also loosed the connection between the two L pieces — effectively let it “float” to where the bracket connection “wanted” it to be based upon its solid connection to the motor shaft. Then I screwed the L into the wood and tightened the bolts between the two L haves.

This helped, but did not fix it.

In the end, I found that a bungee cord pulling up on the plastic clip (that was slipping along the z axis shaft) itself helped prevent the gear slippage. I got the idea from this image I found: https://raw.githubusercontent.com/MaslowCommunityGarden/Inexpensive-add-ons-for-z-axis-slack-imprecision/master/mainpicture.jpg

** EDIT ** this README is a great write-up of exactly what went wrong and how to fix it more permanently.

I doubt the bungee will last forever, but the test print went perfectly. I have a nightstand printing right now…

Hey all,
Had the same issue on my first cut but had some large rubber bands laying around and they worked perfectly. I found that I basically just needed to apply pressure to the tab to stay engaged and not slip. (The stock spring doesn’t put enough pressure to stay engaged when the Z-axis motor is spinning.) 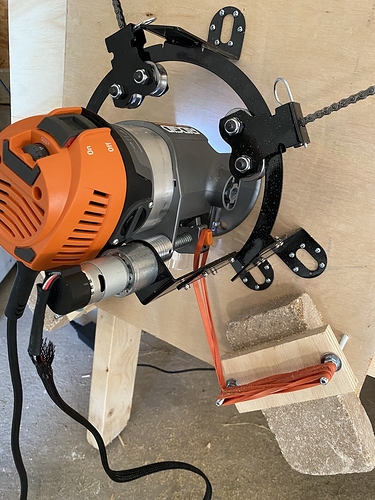 Had the same issue on my first cut but had some large rubber bands laying around and they worked perfectly. I found that I basically just needed to apply pressure to the tab to stay engaged and not slip. (The stock spring doesn’t put enough pressure to stay engaged when the Z-axis motor is spinning.)

You might notice that at the end of my original post, I mentioned using the same technique (except with a bungee, not rubber-band). However, I’m pretty certain you will soon discover the slippage I described. Over time, small errors will compound into an uncalibrated machine. Also, because you can’t clamp the router tightly enough, you’ll find that it flexes when cutting large pockets, leaving a pretty horrible bottom surface (esp. using Helix, plunge, etc. ramps).

I had this issue as well. The bungie didn’t work for me, but I think I just couldn’t get enough force on it. I used this 3d printed part: Maslow Rigid Z-axis custom part by GordonInnovations - Thingiverse and it seems to be solid. IMO, something like this aught to ship with the kit. Costs pennies and in my understanding the z-axis is a known weakness in these kits.