So following in the footsteps of our patron saints AvE & Dave Jones, I took apart my gear box to see what secrets it held inside. Here is what I have found… 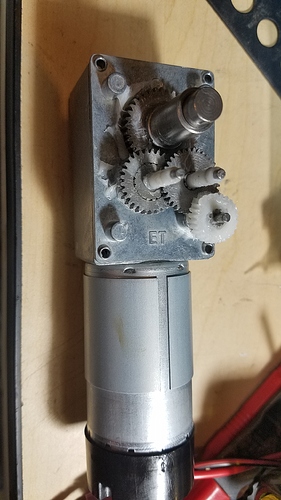 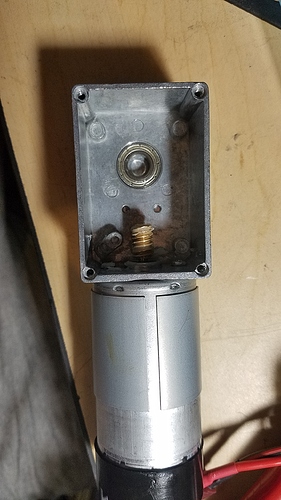 The gearbox (from my counting) as a 23:1 ratio from the motor output to output shaft. Both ends of the output shaft ride on a shielded bearing. Most of the gears are powdered metal with the exception of the worm shaft(motor output, single toothed, brass?) and the worm wheel (plastic). Each gear is held in place with steel shafts with brass or delrin bushings to maintain alignment. There are 4 gear interactions in the whole set. The worm gear is non-throated and gives the gearbox its self locking feature. (the output shaft cannot turn independently from the motor without damaging the worm-gear.) 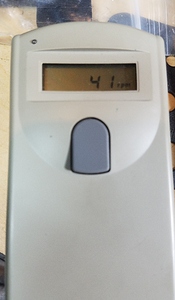 Here is a picture of the output shaft side of the motor with threaded holes for mounting with M4 screws. The Output shaft is a nominal 8mm shaft with a flat ground into it for positive clamping with the sprocket drive gear. 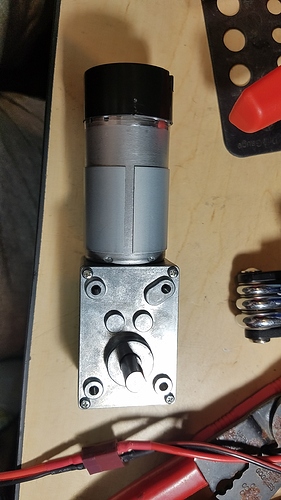 The motor has a band that supports the magnetic flux. On it is stamped ‘K-8F773E222’ 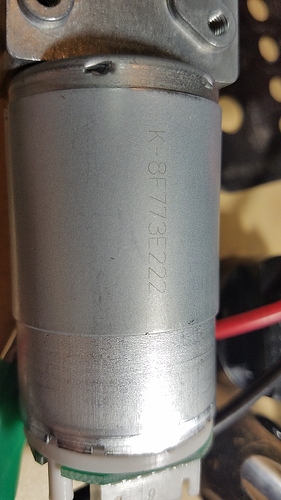 Here is a picture under the encoder cover. 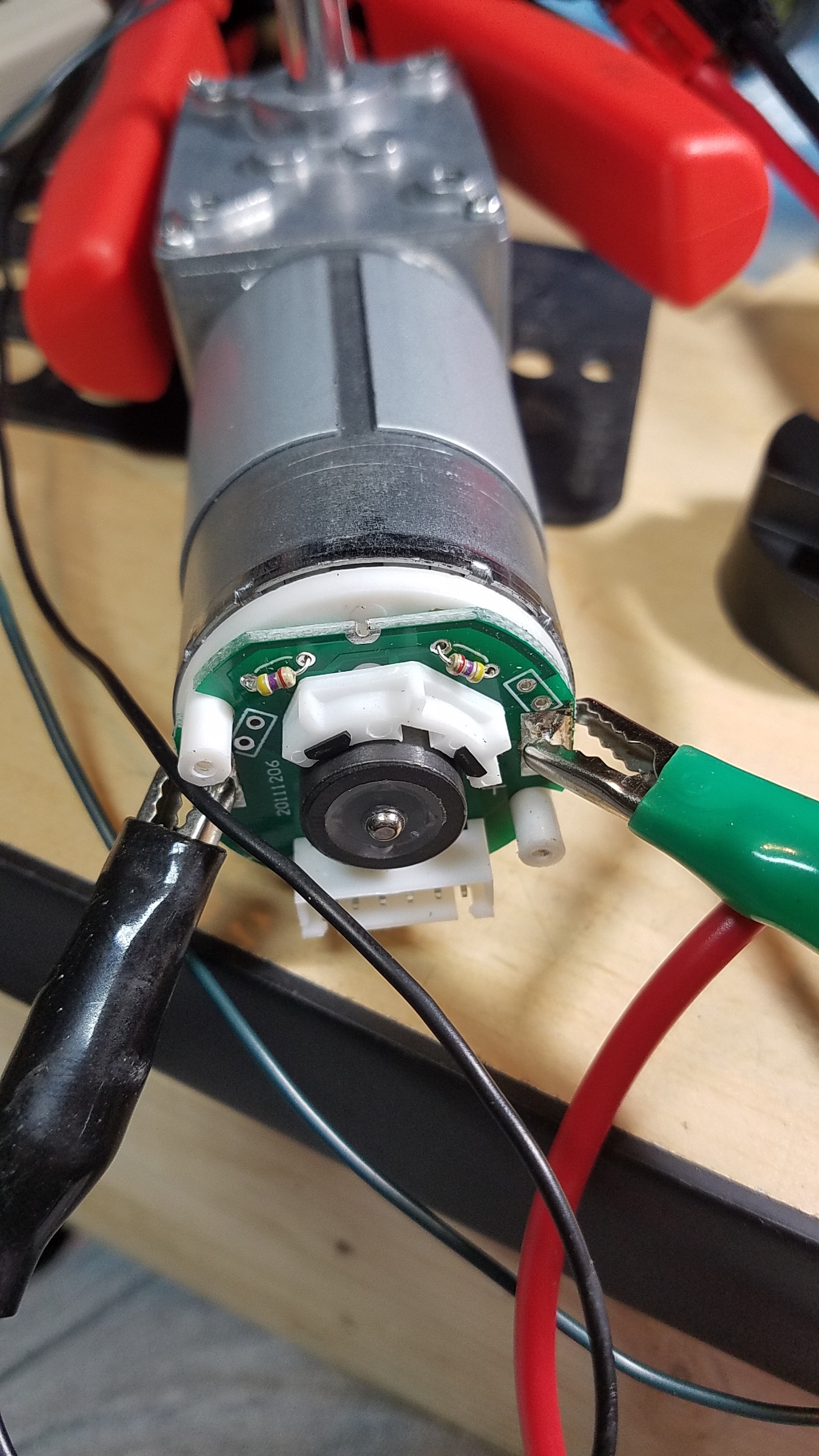 Hope this was interesting and maybe helpful.

14 Likes
Motor gears stripped
What is correct chain pitch?
Instructions on gear replacement
Gearbox failure - need replacement
Strong Vibration from one motor
Why isn't any of this information available?
Why isn't any of this information available?
X/Y motor specs vague
Motor gear changed now will not work,
The Blue Smoke Herder Shield - AKA the New Maslow Shield (TLE5206)
Another left motor gear failure, need a solution
Limits of Bungee Chords
What is the motor name/company so I cam buy a new one?
What is correct chain pitch?
Motor Stuck, Suspect Gears Are Stripped
mrfugu July 21, 2017, 5:30pm #2

thanks for posting these!

If you’re able, could you create a new wiki page from the Mechanics Wiki with your photos and observations? There is an empty entry for the Drive Motors and Chains on that page.

also, what are your thoughts on the plastic Worm gear? is that sacrificial? does it need to be plastic? or is it optimal if it’s not? could it be replaced with a better material?

Regarding the voltage/speed, is it conceivable to imagine a faster MaslowCNC using a 24v power source? (obviously, with appropriate changes to shield wiring, power supply, etc.)

I think it’s clear that MaslowCNC is on track to eventually eliminate most of the outstanding accuracy bugs.

In my mind, the next steps would be to attempt to increase feed rates as much as possible, and ‘dialing it in’ to the fastest possible operation that the standard Ridgid router can deliver clean (plywood) cuts. I think that this ‘optimal’ feed rate (not doing the math here, but I looked at it a few weeks ago) for 1/2" bits, and possibly for 1/4" bits, ( but assuming that feed rate speed + increased durability vs. stock consumption over 1/4" is higher performance) will exceed the 45ipm upper limits of the current design. (somewhere in the 15-30% range IIRC)

The motor is said (per mfg) to have 30 kgcm of torque, that is = to ~26 in/lbs. With that torque (from 2 points) you have to overcome the weight of the platen, router, chain, wiring, vacuum hoses, bricks, drag forces, and cut material. Depth of cut obviously plays a role with this too. I would think we are close to the limit right now for the motor. And yet further down the post for the product the mfg says that at the rated load the motor would have 50kg.cm (40 in/lbs) {seems inconsistent) I wonder if we went to a higher gear ratio with a higher voltage we could keep a similar speed and have more torque headroom.

From the reference data, the motor that is currently chosen is only rated for 9-14v. Then again lower on the page it says it can run at 6v, 12v, or 24v. When I pushed it to 24v (only during testing) it worked but the motor and gearbox got hot. The supplier shows a 12-24v model with 12v nominal but the rpm and torques listed don’t make sense to me.

The real test is if people are breaking teeth or if the motor is even able to keep up with the desired load.

I put the text from post 1 up on github. 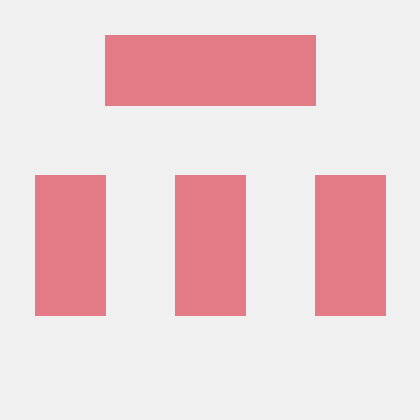 If we did want to jump up to a larger motor maybe this one might be a suitable choice. It would require new H-Bridges but it could move a lot faster and have more torque. 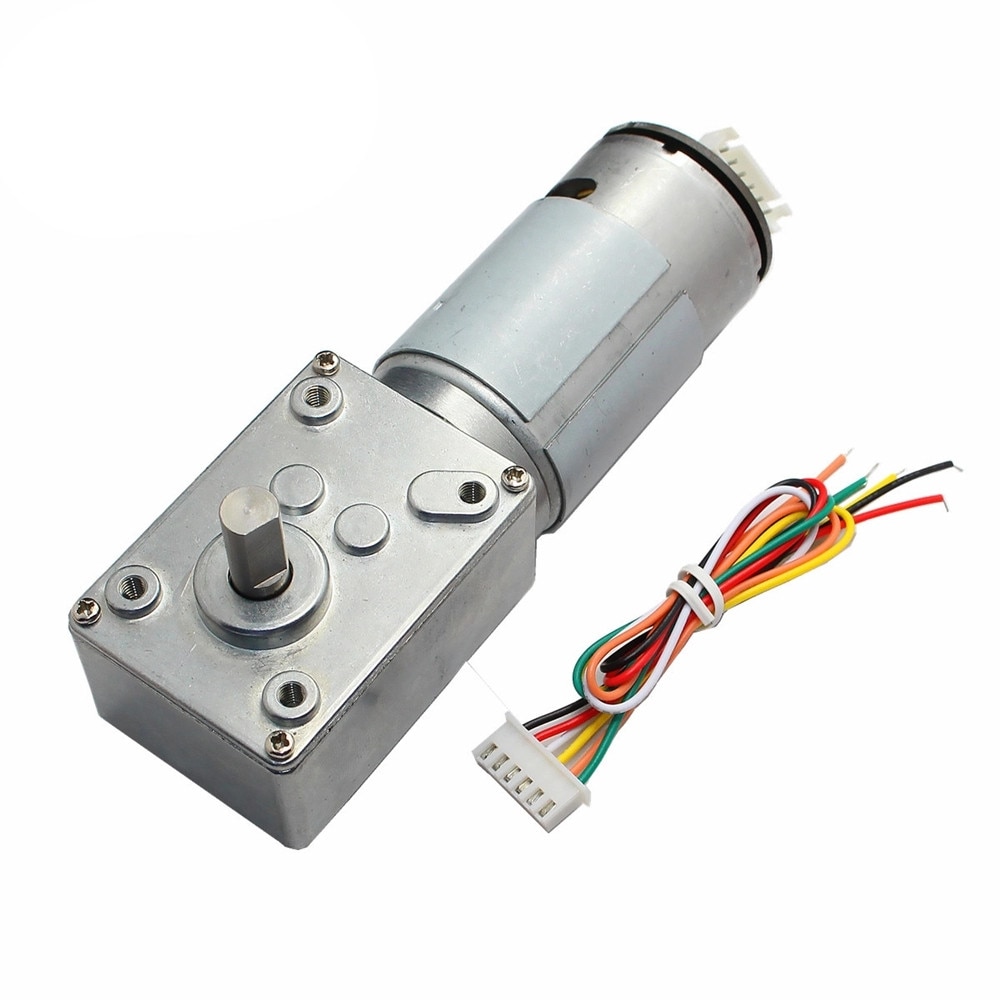 If someone was willing to send me a test motor I am able and willing to setup a torque test. (don’t want to break mine

actually, the torque is not the limit right now, full torque from both motors
will literally rip the wood of the sled apart (it happened to some beta testers)

I have a pair of larger sprockets that I am planning to test on my maslow,
trading torque for speed.

https://photos.app.goo.gl/jIk2snkj718EWv5k1 here are pictures of the individual gears

Thanks for that! How many of the gears are plastic? It could be the light, or the lube that makes several look like plastic.

Awesome. Any idea about the worm gear itself? I don’t even know how to calculate the teeth off of that? Presumably it is something to do with thread pitch and thread count?

For those that were not part of the Kickstarter: Where to obtain the main motor/worm gear/encoder
dlang December 13, 2017, 5:49am #9

as I count it

I assumed that one turn of the worm gear is one tooth on the gear it’s turning.It’s possible to do 1/2 turn per tooth, but that would require a multi-start worm gear and a very steep pitch. I would be very surprised if they did that (that would counter what they are doing with this gearbox)

I know nothing about this, is that a standard practice to make it 1 tooth per turn?

I know nothing about this, is that a standard practice to make it 1 tooth per turn?

Yes, almost every worm gear you will ever see is one tooth per turn (I have never seen one that was something else, but it’s possible)

In any case, I disassembled my motor again and confirmed, one turn per tooth.

In any case, I disassembled my motor again and confirmed, one turn per tooth.

Oh man, sorry about that. But thank you.

so am I miscounting something or making a mistake in the math?

Counting as we speak

Would a 2-start worm account for the divide-by-two? It would make the first stage 1:12.5

Yes, that would make the first stage 2:25 which would do it.

Looking at this photo: 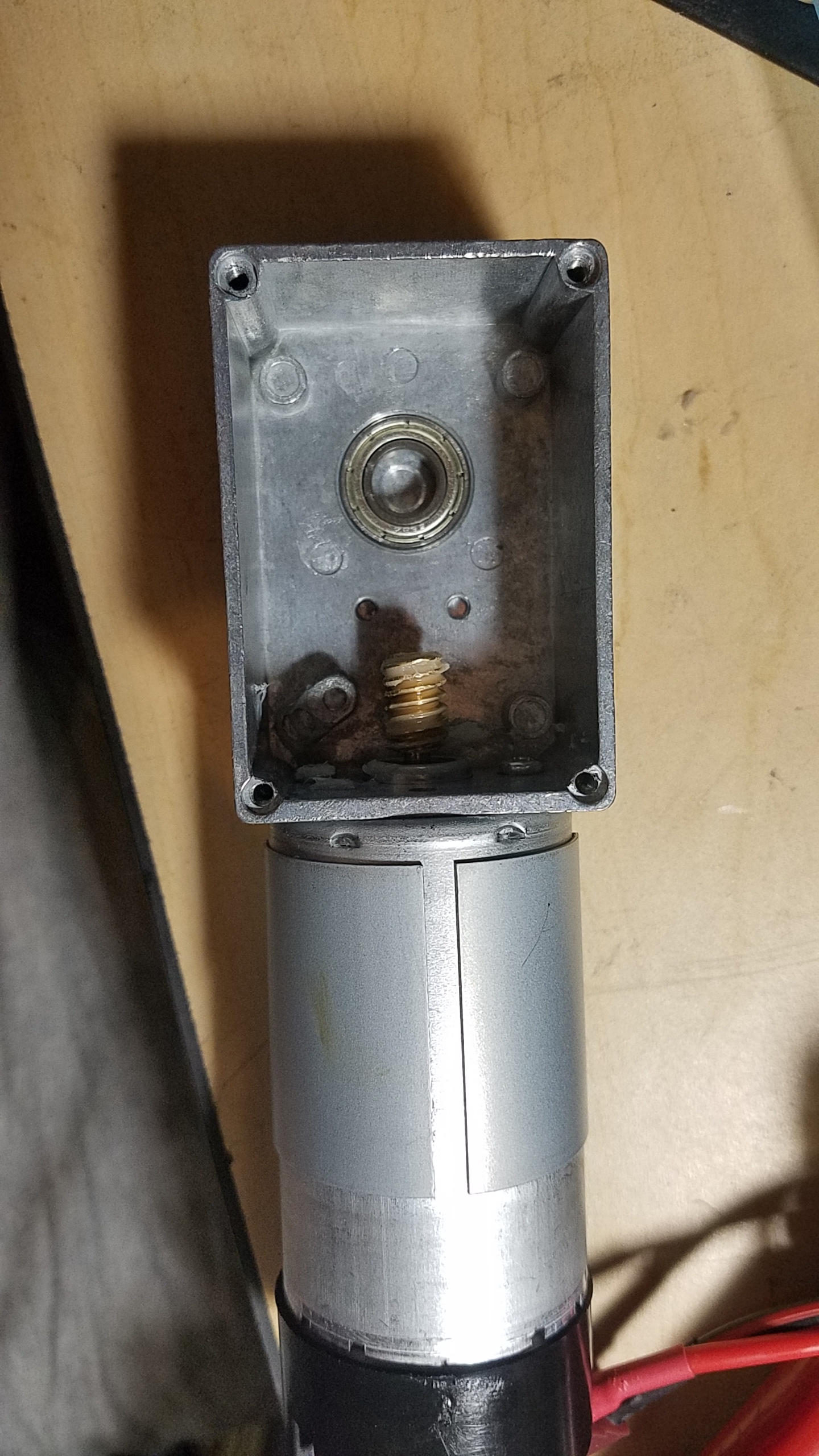 If I hold a straight edge across the gear, when I touch the same edge of the gear on the left to the same edge on the right, it looks nearly perpendicular to the axis of the gear. Which would mean 1/2 turn per tooth?

I’d say so, yes. Or count how many thread starts occur on the leading edge.