So I was playing around with Inkscape, a free illustration software, tonight and through some trial and error I was able to convert Inkscape files to gcode with MakerCam. Here is how I did it - if anyone has any different methods for doing this let me know. 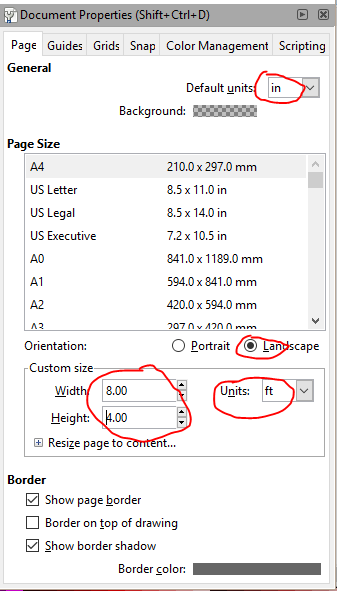 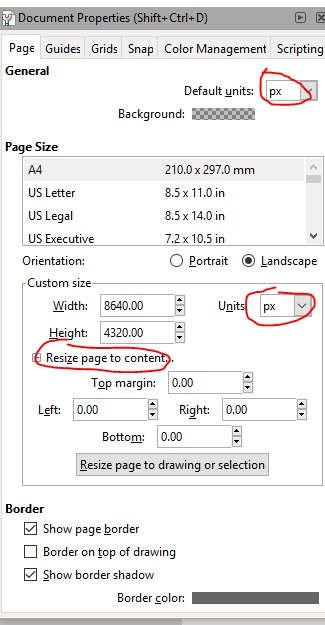 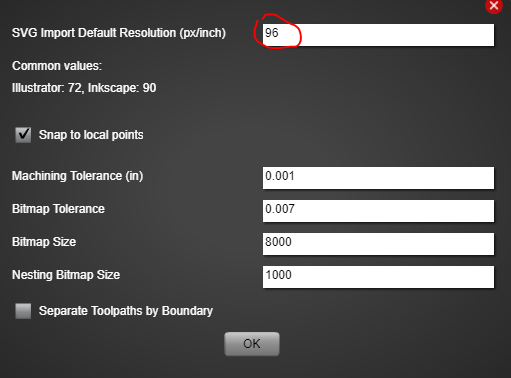 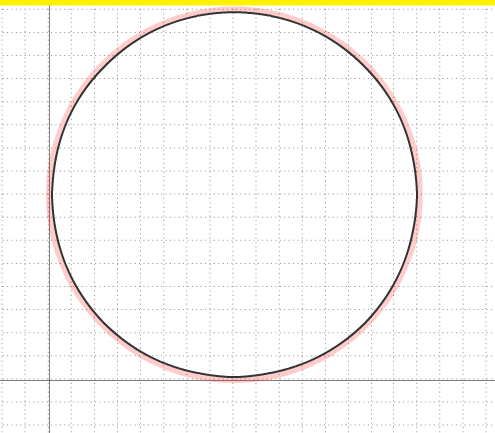 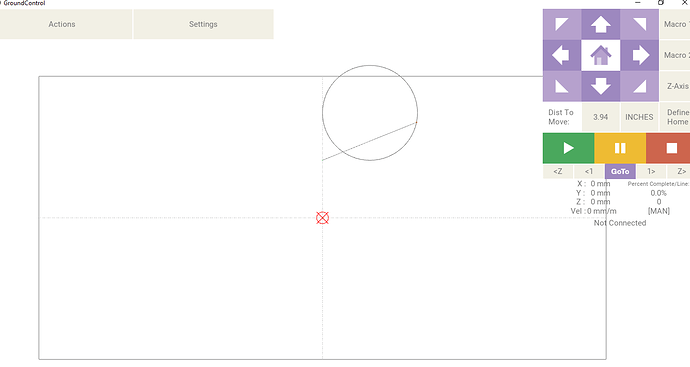 My circle is north by about a foot for some reason. I’ll figure out why when I have some more time or I’ll just move the home point to compensate. I’m excited to try a cut with this method. Hopefully soon!

–
I did some testing to verify the the MakerCam importation scaling on Inkscape for my computer. Basically while cutting out a letter “N” just for fun I added a small 2" by 4" box in Inkscape. I imported at 96 px/in and 90 px/in and matched to the inch grid on MakerCam shown below respectively. 90 was the winner! It is an easy verification test for scaling. Note: Jamtek’s comment below is a much easier way to verify this :). 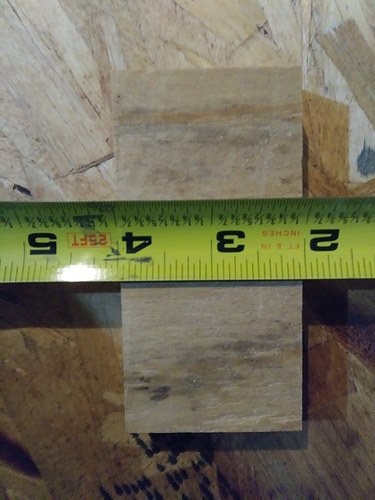 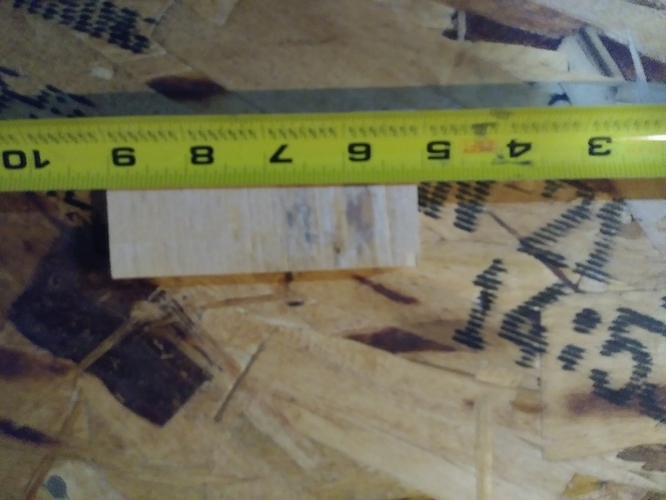 Thanks for taking the time to post this. But, I am curious what version of Inkscape you are running?
I am on the latest stable release 92.3 and it appears to still be defaulted to 96 dpi. Older versions had defaulted to 90 dpi, not sure when the change was made. I’m not refuting your findings but recent posts here and elsewhere give guidance to use 96 dpi. 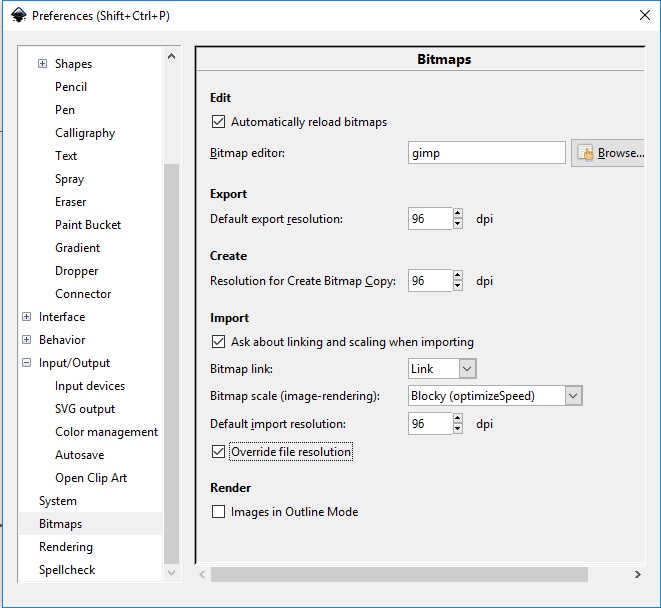 BTW, version 92.3 also reports it has Bugfix for DXF output and Windows vector print scaling for documents with a custom view box (Bug #1672066)

Thanks for sharing this! It appears I am using an older version. This is a much easier way to check resolution! I’ll update the tutorial.

Hey @Scotty thanks for sharing this info! I actually used this just the other day to get some letters from Inkscape to gcode. Just wanted to point out that in this tutorial you don’t include the bit about making sure to use the Path to Object tool before uploading the svg in MakerCAM, although you do in your original post about the N. I found the info but it would be helpful to add that in. Thanks!!

Good catch @hannah. Just added it to Step 2. Thanks!

I’m working with inkscape and following the directions listed here, but when I move my .svg file to makercam my drawing is coming up a smidge smaller than the dimensions I’m providing.

As an example, a 14 inch section is showing up on makercam as 13.9138 inches, which isn’t huge, but enough to goof up what I’d be building.

Is this something in my .svg, makercam, or just me being on a mac?

How are you measuring in MakerCAM? I’ve never found a way to do that, but have so wanted that feature on so many occasions.

Makercam has an option to check the x/y coordinates of any joint on an object. I’ve been checking length by using that coordinate display and manually subtracting the higher number from the lower number (or adding if there’s a negative).

You can actually input where you want it to be on the grid from there, but it doesn’t save any dimensions or move anything else around. To say makercam isn’t robust is an understatement.

cool… just found that option… never new what that tool did until now; i guess i never moved it over an intersection before when i selected it.

being that your are on a mac; i’m guessing you are running an older version of inkscape? or are you running v0.92?

I’m running on v0.92.2 now. I started on an older version but have gone back through everything since updating.

I did move my .svg’s to a windows PC and try putting them on makercam from there. Same results.